Raspberry Pi 4 boots from and works with a microSD card. While card sizes are getting increasingly bigger and you can get big enough SD cards to hold the entire blockchain as of today, SD Cards are not reliable long term storage and they have limited lives. Best to go with an external drive. I'd suggest going with 1 TB of external storage.

Attach your external storage through one of the USB 3.0 ports. This will attach your storage to the default /media/yourusername/yourexternalstorage location. It's better to make a seperate attachment point for it and make sure your Pi 4 attaches the external disk to the same location every time you reboot.

If you have bought a ready external drive, there's a very good chance that it's formatted to NTFS - that will not work for us. Let's check:

You will get something like the above. "mmcblk0" is your SD card. "sda" is your disk and "sda1" is your single partition on that disk.

Now we need to make it so that we tell the system to mount it to the same location at every boot, automatically. We'll do this by editing the /etc/fstab file and remounting everything.

Next, create a directory to mount the disk to and edit /etc/fstab file:

Add the following line at the end:

Save (^O) and Exit (^X). Then mount everything specified in fstab with:

As of this writing (Sept 13, 2019) the docker included in Raspbian DOES NOT WORK. DO NOT INSTALL IT!

Use the convenience script located at https://docs.docker.com/install/linux/docker-ce/debian/#install-using-the-convenience-script

3. Install docker-compose through the package manager

4. Configure docker to use the external disk:

6. Check that docker is using the external disk

8. Edit bitcoin Dockerfile to use the bitcoin ARM source

Note for future bitcoin upgrades: Here we're basically changing the bitcoin Dockerfile to use the bitcoin image compatible with Raspberry Pi 4 instead of the Desktop compatible version in the default Dockerfile. The above is for Bitcoin v0.18.1

For future bitcoin upgrades, here's how you can find which filename & hash to put in there:

For BITCOIN URL go to https://bitcoincore.org/en/download/ , right-click on ARM Linux (the header or 32-bit, NOT 64-bit - Raspbian as of this writing is 32-bit only even if the processor is 64-bit), select "Copy link location" and paste it into the BITCOIN_URL line.

For BITCOIN_SHA256 on that same page click the "Verify release signatures" link and open the file with a text editor. This link is the same one as in the Dockerfile we're editing, specified in BITCOIN_ASC_URL. You will see the hashes for the sha256 signatures for various platforms. The one we're looking for is "bitcoin-version-arm-linux-gnueabihf.tar.gz". Copy the long string of letters & numbers across it and paste it into the BITCOIN_SHA256 line.

9. Edit mysql Dockerfile to use a raspberry pi compatible database

Even though Raspberry Pi 4 uses a 64-bit armv8 processor Raspbian reports it as arm64v7. There's no mysql or mariadb docker version for arm64v7. We'll have to use a different compatible database.

At this point your dojo looks like it's running smoothly - but it's NOT!!!!

If you go into your maintenance tool, it should look like everything is OK, you can pair your wallet, etc. However, if you look at the API tab, you'll see an error. We need to fix that:

WARNING: You need to do this every time you restart your dojo

Now if you go into your API tab, you should see some info like uptime, etc.

Congradulations, your dojo node is working!

Optional: Check that everything is running

Bitcoin node sync will take a long time. In order to avoid discovering that your setup was incorrect and dojo doesn't really work after days of downloading the blockchain it's a good idea to check that all docker containers are running properly

Both compiling the various components and more importantly bitcoin blockchain syncing and verification will significantly tax the CPU. Raspberry Pi 4 runs extremely hot. The CPU and the network chip get very hot. Unless you provide an adequate cooling solution CPU will thermal throttle very quickly, slowing down your Pi 4 significantly. Do NOT use the official Raspberry Pi 4 case, it is horrible. Opt for a case with active cooling or a passive heatsink-case like the FLIRC.

If you are running with the 013701 firmware that is in the original shipping Pi 4s, you might want to upgrade your firmware. There's a patch that affects the USB controller and lowers the temperature by about 3-5 C.

Bitcoin blockchain sync will take around two weeks. Much longer if you do not provide adequate cooling. If you wish to avoid waiting for a sync and want to copy over blockchain data from another node, here are two different methods. First one is easier but you might run into problems.

Set ownership of <your_docker_root_dir>/volumes/my-dojo_data-bitcoind/_data/ and everything under it to user 1105 group 1108:

If you follow the instructions above and still get errors, look at the bitcoin error logs. Very often it'll be a case of wrong permissions or some lockfile which you should delete.

Huge thanks to Nicholas, Laurent MT, Mr Hash and BTCxZelko on Dojo Telegram group - this wouldn't have been possible without you.

Next
Installing Electrs ontop of Dojo 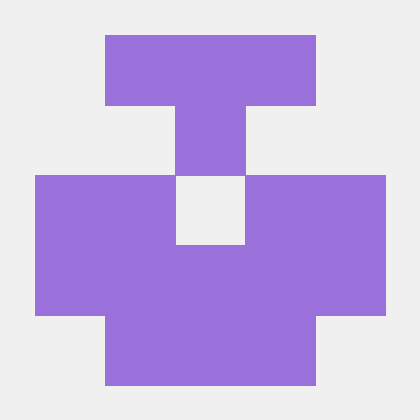